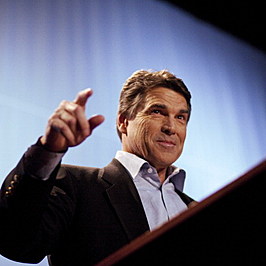 AUSTIN, Texas (AP) — Republicans in the Texas House have passed one of the nation's toughest packages of abortion restrictions.

Democrats stalled the vote as long as possible Monday, the second to last day of the special legislative session.

The proposed bill would ban abortions after the 20th week of pregnancy, require doctors to have admitting privileges at nearby hospitals and limit abortions to surgical centers.

Supporters say the bill would improve women's health care. Opponents warn it would shut down 37 out of 42 abortion clinics in the state.

The bill must sit for 24 hours, and then the Senate will need to vote.

Democrats have threatened a filibuster to stop the bill from reaching Gov. Rick Perry's desk.

Filed Under: abortion
Categories: News
Comments
Leave A Comment
Back To Top
A Hurricane Could be Heading to Texas in Early July