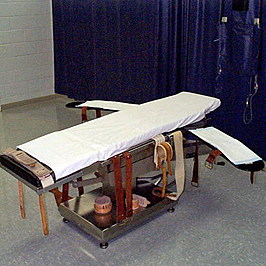 CHICAGO (AP) — A 6-year-old Illinois boy remains in critical condition after he spent hours buried beneath an Indiana sand dune.

The Sterling boy was buried for more than three hours before rescuers pulled him from beneath 11 feet of sand on Friday. He was limp and cold, but began breathing on his way to the hospital.

Doctors say he's expected to recover and should be released in about two weeks.

Authorities believe Woessner may have fallen into a hole that was created by a long-buried tree that had decomposed, leaving a void in the sand.

Filed Under: chicago
Categories: News
Comments
Leave A Comment
What the Heck Can You Do When You are Craving White Castle?
All The Best Whataburger Sale Memes On Twitter
Commentary: Smollett Story Didn’t Add Up
Amarillo Makes The List At #1 For Windiest City In America
Jets Fans at the NFL Draft in Chicago Boo Babies, Dogs & Just About Everything Else [VIDEO]
Salvage Crews Begin Dismantling Derailed Chicago Train
Commute Resumes In Chicago After Train Crash
Partying With Fans, Blackhawks Show Off Cup
Is Kindergarten Too Young For Sex Education? [POLL]