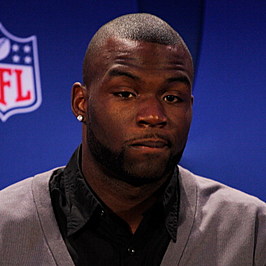 The Bucs announced the deal Wednesday as players reported to training camp.

Williams was entering the final season of the contract he signed as a fourth-round pick in the 2010 draft. The 25-year-old wideout had 65 receptions for 964 yards and 11 TDs as a rookie, then followed with 65 catches for 771 yards in 2011.

Bucs general manager Mark Dominik said Williams earned the contract extension because of his production over the past three seasons, and that the team is "looking forward to seeing him continue that career development."